The project includes both handpainted and printed murals on billboards and other street level media such as junior posters, with involvement from all of the L.A. billboard companies – Clear Channel, Regency, Mahlmann, Lamar, Empire, and CBS.

Although public space has certainly been used for the display of art exhibits before, the fact remains that it is far more common to see an advertisement on a billboard than a work of art. The debate over the rights to this use of public space has been an ongoing topic of conversation, with the voice of advertising taking precedence over art the majority of the time.

The Public Works project defies the notion that these two entities must necessarily be in contention by engaging the out-of-home media community in direct support of the very artists who challenge it. 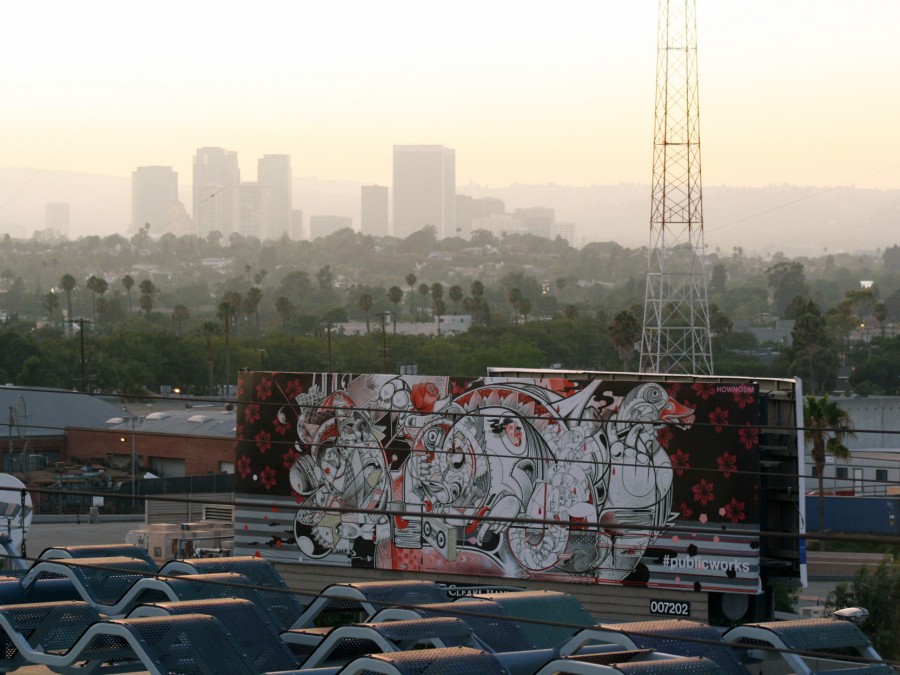