Go to Lorenzo Fonda’s — director, documentary maker, animator, illustrator, artist, chronic over achiever and Italian extraordinaire — website and you will be greeted with this image:

Basically, what Fonda is trying to say is that making films is really, really hard. Like, incredibly hard. And he should know — at 32 years of age, Lorenzo Fonda has made countless short films, commercials, music videos like the recent Scissor Sisters video(which really blew us away), and documentaries. He was responsible for that fantastic Metronomy music video and the incredible feature length doco, Megunica. And when I say ‘countless’ I really mean it – look through his overwhelming archives of work and it will take you many lazy, pleasant afternoons to get through everything; there is so much there, but most importantly: it’s all so good.

I chatted with Fonda about his filmmaking and the inherent struggles that come with it, the anxieties and the hardships, and I asked him why, if he found it all so hard, that he kept coming back:

“My previous documentary [Megunica] was a big, big struggle. It was really hard, and I said, ‘I am never gonna make another movie again!’ But then some story comes through and you totally fall in love with it… you know, it’s the same with girls; you say ‘fuck it, I’m done’, and then some new girl comes along and you’re like, ‘wow.’” 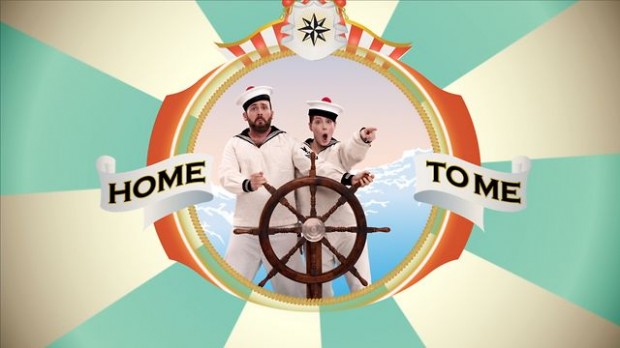 Fonda did admit though, that he has been fascinated and interested in why artists keep producing work despite all the hardships that they come across, why they readily abandon their social lives in order to create.

We can probably come to the conclusion that for Fonda, in most cases, the pain and challenges he faces as a filmmaker are most definitely worth it, simply because he has relentlessly kept going for so long. On his blog, Fonda has written the most poignant and beautiful analogy about what he thinks filmmaking is like — which I urge you to read intently and handwrite quotes from and then stick to your walls with pins, and maybe recite when you feel disenchanted with your creativity. Such inspiring and heart wrenching words, read an excerpt below and find the whole thing here:

“I thought that being a filmmaker is like getting on a plane to look at the world from another perspective… you fly around and keep your eyes open, looking for a special moment or just some kind of inspiring view. When that happens, it’s all so beautiful and touching that out of sheer excitement you throw yourself out of the plane, to hopefully be closer and maybe touch and feel whatever interesting thing you saw. It’s only after a few seconds that you realize that you are in the air and didn’t put a parachute on. Damn.

When you land, maybe you break a leg or your waist or worse, but at least you made it alive.

So now you’re falling into this big void, and is actually pretty fucking exciting but you’re aware that you’re falling to your death, and that’s the major source of anxiety of course.” 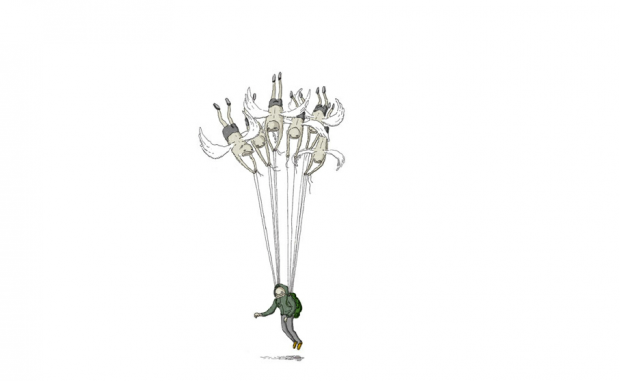 So how did Fonda stumble into this career, this dream life? Overall, he attests his success to being surrounded by people that “allow him” to work like he does, and especially to his parents who were supportive from the start.  He admits that without their help he would never be where he is today, and also praises others who have managed to accomplish creative careers without the same kind of support; “Those people are my heroes,” he tells me, fondly.

As for his introduction into the film world, “We always had a computer in our house way before anyone else, so I would, you know, start playing whit that. My mom would bring home a camera from school, and then I started skateboarding which was really the introduction for me for what could be done with creativity… not just skating but also the imaginary, the visual world that surrounded skateboarding for me was a complete catharsis.”

I’m interested by this, his passion for skateboarding. I sheepishly tell him that I’ve never skateboarded in my life but really wanted to understand why so many skateboarders also lead creative lives like his own. What followed was an incredibly thoughtful, intimate recount of what skateboarding means to him, how it has so influenced his life. Hearing him speak about this, in awe and charged with so much passion was a truly amazing thing to experience:

“What attracted me to skateboarding really early on was the idea of freedom. It was a kind of physical freedom because there are no rules in skateboarding, you know, it’s just you playing with your skateboard and you can do anything you want. But it was freedom about going out, too — you could go anywhere in your neighbourhood — and it was freedom where you could go away from your home… it was an excuse to explore places, and your parents weren’t there… I don’t know, but I felt that was the moment where I felt the most free. And to be making art, it’s kind of the same thing, being able to be free in your mind and come up with ideas.” 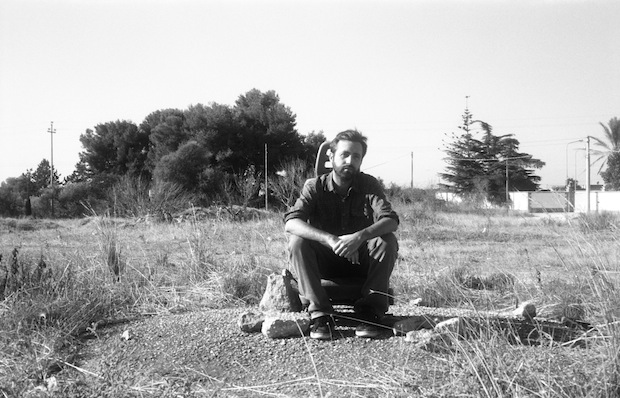 I also ask him why, as someone who has so many fingers in so many pies (a true slashie), why he can’t settle on being one thing, or just exclusively making one kind of thing — say, documentaries, or music videos. He responded by comparing his passion to try everything to the skateboarders he so admired in his youth:

“When you start skateboarding you realise which skateboarders you like to watch, who you respect, and my favourites were the ones that could skate anything. They weren’t, you know, just ramp skaters, but they could skate every set of stairs or handrail or any ledge and do different tricks or whatever. And every time you’d be so surprised by that trick because it was so unexpected, and that made me keep wanting to follow them, to see what they were up to.”

Thinking about this and his life that he leads making films and videos and making things, I ask him if he could ever have a “real”, boring, office kind of job. There is a pregnant pause followed by a deep laugh, where he says, “Not at all,” as if the concept of a ‘normal’ job was completely ridiculous and inapplicable to him. 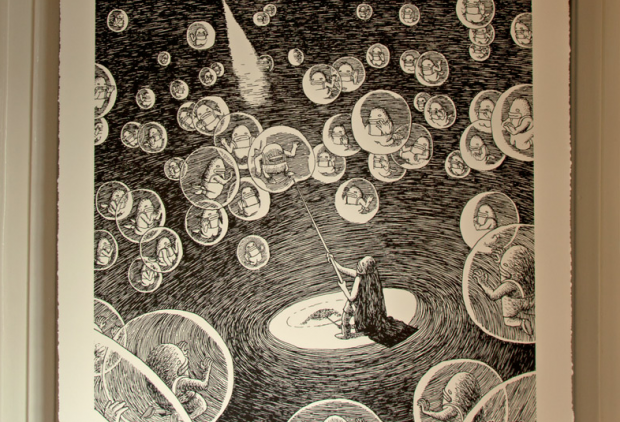 “I can’t see how people do it, how can you take pleasure out of doing the same thing over and over?” But, he does trail off and say, “I had a real job, once…” I quickly tell him that, actually, his job is real but maybe a little unconventional, to which he scoffs, “This is not a real job! I live in a fairytale bubble… I am actually living the dream. Sometimes I look at my life from the outside and go, ‘wow, I am the luckiest person in the world.’”

In saying that, however, it’s not as if Fonda carelessly takes any project given to him, or works any less hard than in a ‘real’ job. For him, being challenged in life is the key, which really is an incredibly brave mantra to stick to and live by, seeing as doing simple, easy things can be so tempting:

“You have to really be challenged by projects. If I’m offered projects that I feel are too easy to make, I don’t think it’s worth doing them. Life’s so short, you know, so why do stuff that’s been done already?”

His next biggest challenge is possibly the most exciting yet, a feature length documentary called Archeology of the Future. While we can’t reveal too much about it now, we can say that it will involve skateboarding, and a personal quest fuelled by his passion for past events and intrigue for why people make art. If any work could really define what Fonda is about, this will be it.

Archaeology of the Future is still in its production phase and is currently consuming Fonda as well as riddling him with the anxieties as so described by his skydiving analogy. No documentary, it seems, is painless. Keep an eager eye out for its release; it’s definitely one we’ll be absolutely ecstatic to see. 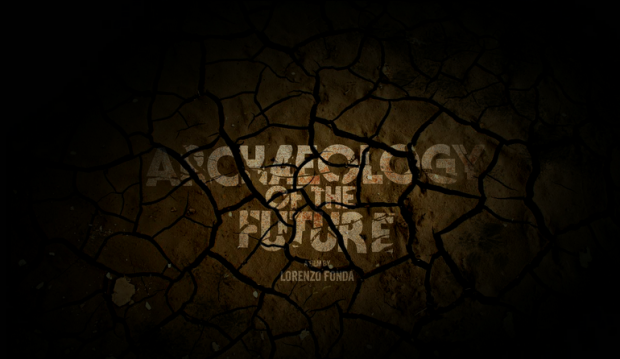 I finish my chat with Fonda and ask him which work — out of so many — he is most proud of, what means most to him, to provide the most accurate summation of Fonda’s work and his passions. He hesitates and then says, “It’s as if you’re asking a mother which baby she prefers, in front of them! I can’t choose.” I insist he puts his passion for his work aside and find something that means the most to him, and he succumbs, saying that his breathtaking and subtly beautiful work, Ten Things I Have Learned About The Sea was probably the most special, most of all because he wasn’t making it for anyone except himself and he didn’t have a brief to follow, it was made for its own sake. Take a look  here, and also find the time to flick through his archives: there is so much inspiration to be had.