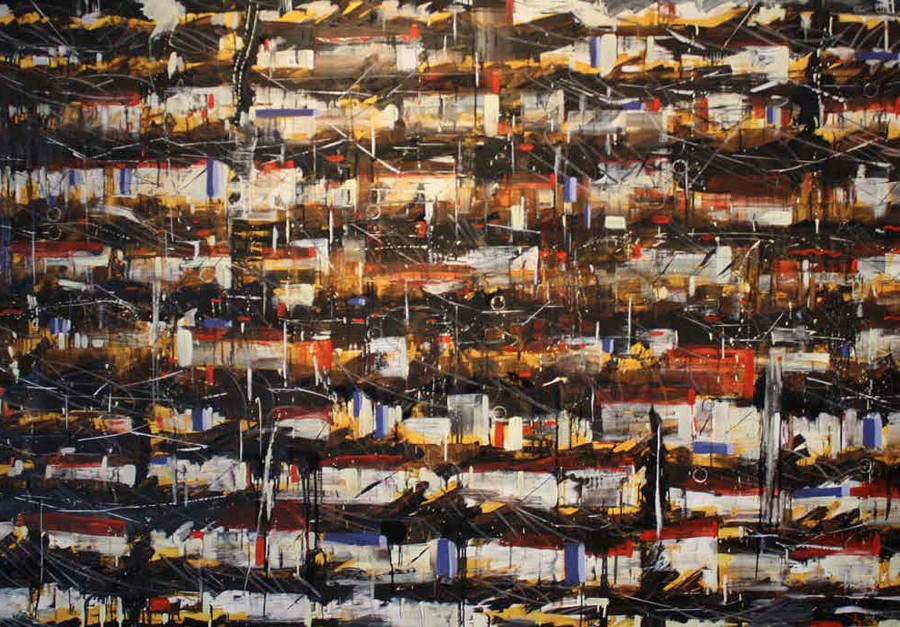 We were extremely happy to be asked by the indomitable and industrious Mr. Daniel Lahoda to help him launch his latest LALA Arts incarnation with the opening celebration for LALA Gallery in support of its first exhibition, LA Freewalls Inside, on Saturday, April 21, 2012 from 7-11 pm.  The show was a smashing success, with over 1200 attendees including some best street artists around, Los Angeles politicos, rabid fans, and everyone in between.

LA Freewalls Inside, a group show with gallery contributions from over 30 of today’s most influential local and international street artists, celebrates the work of artists who have contributed to the community-endorsed LA Freewalls Project that has brought incredible murals and art to the downtown Los Angeles environ and been instrumental to the development of the public arts stretch across the Downtown Los Angeles Arts District.

The lists of participating artists reads like a Who’s Who at the intersection of street art and fine art: Shepard Fairey, Askew One, Saber, Ron English, Swoon, How & Nozm. True to its name, the LA Freewalls Inside exhibit brings the work of these influential artists into the gallery setting, emphasizing the evolution of both the street art medium and the artists who create it and solidifying their significant contribution to contemporary aesthetic culture worldwide.

In anticipation of the opening, LALA organized a new mural to accompany gallery art by legendary graffiti artist Elliott O’Donnell, aka AskewOne, of Auckland, New Zealand. O’Donnell is one of the world’s preeminent contemporary public artists, and one of the first all-cities graffiti writers. In addition to his artwork, O’Donnell is seen as a mentor within the contemporary art community, whose generosity and stewardship has been the catalyst for many of the global standards practiced for public art.  Additionally, O’Donnell will be acknowledged by the City of Los Angeles as a Cultural Stewardship Ambassador with the esteemed Sister Cities Program.

Daniel Lahoda, curator for the show and founder of LALA Arts, started the LA Freewalls Project in 2009 with the goal of fostering creative spaces where street artists could create legal work that in turn provoked community involvement.  LALA Gallery is a space where the artists integral to this pivotal project as well as other public arts projects can exhibit their studio work and connect with admirers of their work. LALA is tucked into a spacious corner of an old meat packing facility built in 1949, kitty corner to downtown local hangout bar Villains, and boasts high ceilings and a raw space that is a natural fit for street artists to bring their work inside. The gallery is meant as a space not only to show work, but for artists to use as a creative laboratory in which to experiment and interact with the community.