Santa Monica and Melbourne-based VFX studio Luma, together with John X Carey at Tool of North America, brings to life an immersive Virtual Reality campaign by Wieden + Kennedy, along with accompanying online films, for the National Multiple Sclerosis Society. To kick off MS Awareness Week, the Society is using VR to let people living with multiple sclerosis experience their passions in a new way, and is launching “Together We Are Stronger,” a campaign that combines the power of storytelling, the strength of shared connections and the latest in technology.

Two films, captured using Virtual Reality technology, highlight Steve Bettis and Amy Meisner, each of whom have not been able to pursue their passions in the same way since their diagnosis of MS.

In “Off My Wave” Steve, a local surfer from Ocean Beach, CA has been living that lifestyle for over 50 years. A few years after his diagnosis, his ability to balance and ride waves started to fade. His good friend, and professional longboarder Robert “Wingnut” Weaver, took to the waves so that Steve could once again experience the joy of being in the water.

Amy, a longtime professional dancer from NYC, was diagnosed with MS in 1997.  She continues to dance with her wheelchair and choreographs for others, but is unable to perform like she once did. In “Exit Stage Never,” LaTonya Swann, a fellow professional dancer and BET’s Born to Dance winner, dances to share with Amy a new dance experience.

Using a 360-degree VR camera rig, Luma made it possible to transport Steve and Amy into a visceral POV experience that they’re no longer able to have directly. The transcendent moment of feeling the movement and motion of limbs unencumbered by MS is experienced by a surfer and a dancer as they rediscover a passion once thought lost, immersing oneself in a cherished and life-defining pursuit once again.

“Collaborating with John X Carey at Tool of North America and Wieden+Kennedy on the MS Society campaign was a truly rewarding experience for the team at Luma,” says Jay Lichtman, Luma Managing Director. “The prospect of helping to bring John’s beautifully captured imagery to life within a fully immersive 360-environment, along with the fact that we would be enabling MS patients to interact once again with their passions for surfing and dancing, was an opportunity we eagerly embraced.”

During pre-production, there were many issues to consider about how best to capture the surfing and dancing experiences. Ultimately, Luma determined that the viewer must be allowed to feel like they were the one performing these experiences – not just watching.

For the surfer scene, Luma mounted a six-camera configuration to the top of a helmet rig worn by Wingnut.  Every camera was housed in its own waterproof case, which meant that each camera was a little further apart than they would have been without the cases. This detail would significantly magnify stitching concerns, but the team at Luma developed techniques to elegantly overcome this in post.

The dancer scenes offered Luma an opportunity to employ various capture techniques, including mounting cameras on mobility scooters that they drove around the performance in place of the dancer. However, it became clear that the head-mounted cameras achieved the director’s vision in the most impactful way.

The campaign encourages individuals to connect and share their solutions and passions with one another by posting their own videos across social channels with #WeAreStrongerThanMS. See these experiences and find out how you can share yours at WeAreStrongerThanMS.org.

The campaign has already earned praise from the likes of AdWeek, Mashable, Creativity and was named SHOOT‘s Top Spot of the Week. 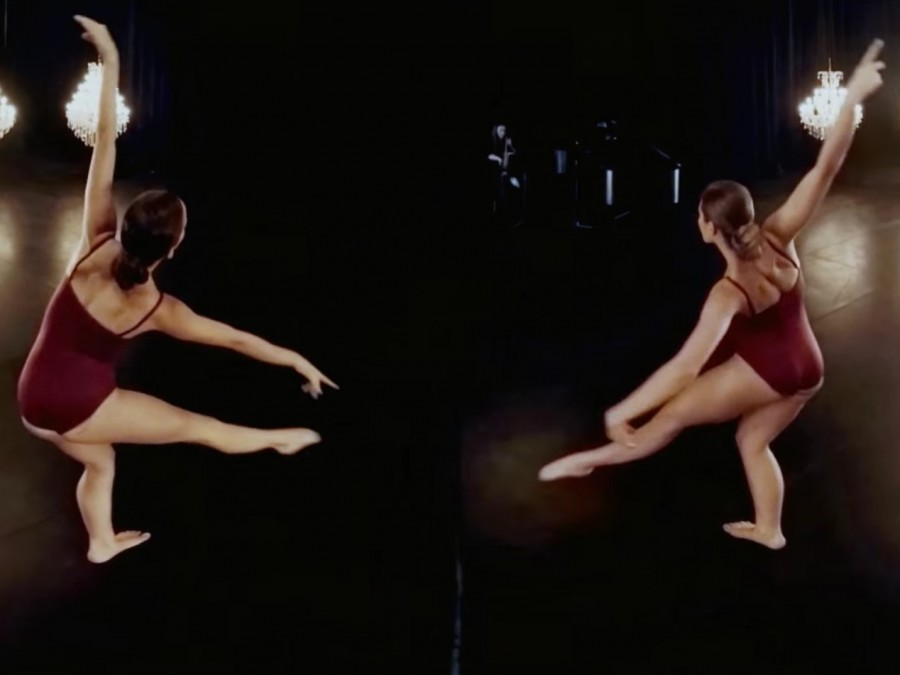