UFC unleashes a cinematic new promo to ramp up anticipation of the UFC193 championship showdown between the world’s most dominant athlete “Rowdy” Ronda Rousey and former 19-time world boxing champion Holly Holm, undefeated in her mixed martial arts career. The historic event will take place at the 70,000-seat Etihad Stadium in Melbourne, Australia on Saturday, November 14. Ellen DeGeneres first tweeted out a link to the clip, saying: “Girls can grow up to be anything they want. Just look at my friend, UFC fighter @RondaRousey.”

Director Neil Huxley helmed the promo out of Digital Domain’s in-house production company Mothership and came up with the concept with Mothership Associate Creative Director Aaron Shact, who also wrote the script. Elevating the traditional adrenaline-fueled sports promo, Huxley creates a myth-making live action film about the heroic journeys of two women who are changing the way the world thinks about the primal appeal of combat sports.

The emotion-driven narrative takes the viewer back in time through the lens of a Hollywood blockbuster, showing the young girls’ inspiration to begin a lifelong journey through blood, sweat and sacrifice to reach the ultimate reward of the octagon. The film starts with a look at Rousey’s humble beginnings in Jamestown, North Dakota, where she is shown peering through the window of a dojo, watching the boys inside spar Judo.

The parallel storyline introduces UFC fans to the rising star Holly Holm, a preacher’s daughter from Albuquerque, New Mexico. She is first seen as a freckled and blonde 16-year old leaving an aerobics class at the gym, where she takes the serendipitous first punch of the bag.

Huxley lets the viewer discover what is unfolding through the portrayal of the actresses playing younger versions of the fighters. Ronda’s mother, Judo instructor Dr. AnnMaria De Mars plays herself, giving a true-to-life performance as she spars with a teenage-era Rousey, played by Ronda’s real younger sister, Julia De Mars.

The scenes get bigger and more intense as time passes. Rousey’s ferocious spirit is chronicled from childhood training with her mom; in the principal’s office with a bloody lip; and winning the bronze medal at the Olympic Games. Holm’s story is depicted through glimpses of her at a church service with a black eye; her bloody, crushing loss against boxer Anne Sophie Mathis; and then, getting back in the ring with Mathis to win the IBF female and WBAN welterweight titles.

Aaron Shact chose Ludovico Einaudi’s “Experience” to soundtrack the film. The stirring piano composition delivers an aspirational edge, giving a build through their history to the present-day, where Ronda and Holm now play themselves, fiercely training before they face each other on November 14.  The dramatic telling pulls us along in its inexorable momentum, beautifully rendering the epic transformation to gladiator in all its painful and triumphant glory.

“Ronda is transcending the sport more than any athlete in the world,” remarks Huxley, who grew up immersed in boxing and martial arts on the ‘kill or be killed’ streets of South London. “Both Ronda and Holly were an absolute dream to work with. They are inspiring a generation of young female athletes to do what they dreamed of – and that’s to fight.”

Huxley has previously applied his creative sensibilities to a number of cinematics and spots for Digital Domain/Mothership that have become celebrated in the video game world. This is his third promo for the UFC. 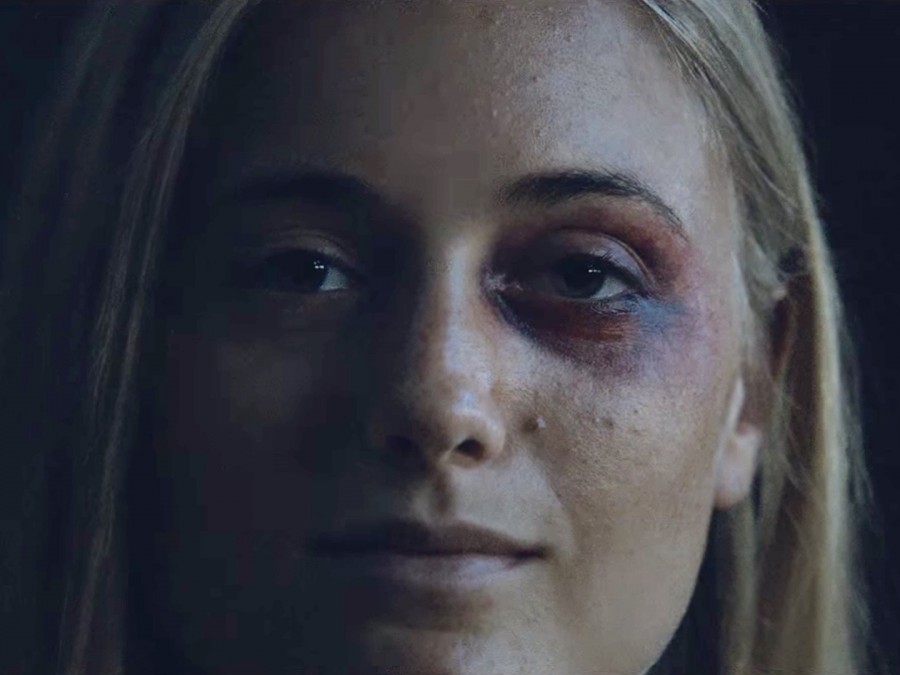