Not Impossible unites with HP to #BendTheRules and create technology that communicates true emotion, with an inspiring reminder to #VoiceYourLove this Valentine’s day – and every day.

Don’s Voice is a heart-warming look at the true story of Don and Lorraine Moir, a farm family debilitated by ALS. Don and Lorraine married in 1989. Six years and three children later, Don was diagnosed with ALS. Week by week, Don lost more of his motor-neurological functions. Then on May 21, 1999, Don Moir was fitted with a ventilator. He hasn’t spoken since.

Don communicates via a letter board: a simple sheet of paper with the alphabet divided into quadrants. Letter-by-letter, word-by-word, the disease has forced Don to communicate silently through others for over a decade.

After hearing Not Impossible Founder Mick Ebeling on the radio, Lorraine contacted Not Impossible to help create a digital solution for her husband. The Not Impossible team, led by volunteer Javed Gangjee, utilized its know-how, the HP x360 Convertible PC and SpeakYourMind Foundation software to develop a simple interface that replicated Don’s paper letter board. Don was now able to access a new world of technology and communication for the first time since being diagnosed.

Through this simple technology, Don independently wrote a love letter to his wife and was able to audibly say “I Love You, Lorraine” for the first time in 15 years.

“We hope Don’s Voice will inspire and remind others to tell their loved ones they love them, and to use the amazing technology at our disposal to connect with each other rather than disconnect,” states Ebeling. “In the midst of busy schedules, and the madness of everyday life–sometimes you just need a reminder to #VoiceYourLove to those you care about most.” 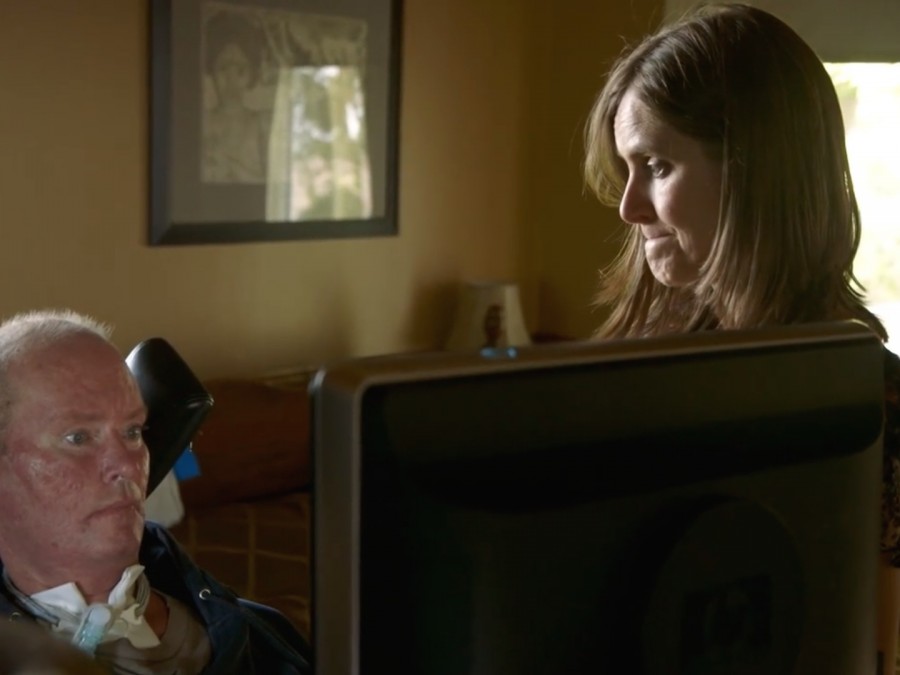