The Kickstarter campaign went live on Monday July 21st, kicking off with the official launch event held at the Kibitz Room at Los Angeles’ legendary Canter’s Deli.  Supporters enjoyed an intimate live DJ set with world-renowned musician Moby, learned more about the project from Gary himself,  and one lucky fan won the raffle prize of an exclusive hand-painted Toby doll.

With the support of the Los Angeles Museum of the Holocaust and the Sundance New Frontier Story Lab, Gary Baseman asks fans to help him focus an artful lens on one of history’s darkest hours. With producer Lanette Phillips, Gary and David invite everyone to take part in this unique filmmaking journey, as Gary sets out to connect the stories of the Holocaust to an entirely new generation.

With funding from donations to the Kickstarter, the documentary will follow Gary as he traces his parents’ experiences, starting at their family home in the Fairfax District of Los Angeles to the deep forests of Ukraine.  The progression of the odyssey will unveil intriguing secrets, myths, and stories that will be told through animation, performance, and other fantastical storytelling devices, as Gary intends to collaborate with Ukrainian artists in his father’s hometown to create an installation that will honor his parents and the memories of all who endured the Holocaust.

Gary will share his art with everyone who supports him on this journey.  Rewards for Kickstarter donations range from limited edition prints and exclusive toys, to artwork created by Baseman with other contemporary artists including Partisan, a collaborative print made with Shepard Fairey based on a photograph of Ben Baseman. Prizes for top-tier donations include original art painted directly on the walls of your home by Baseman; and a portrait shot by renowned photographer Michael Muller that will then be custom-painted by Baseman.

Watch the trailer, learn more and donate to this worthy project at the Mythical Creatures Kickstarter. 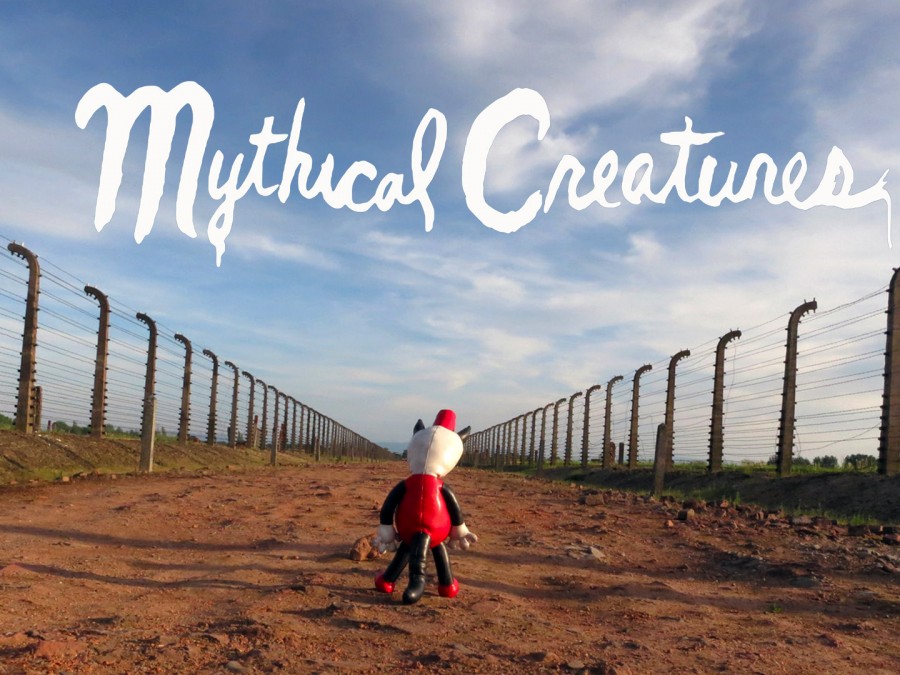