Celebrating with BLACK DOG, BELIEVE and DILLY GENT at the MVPA Awards!

Congratulations to all the winners at the Music Video Production Association Awards this past Thursday!  The Raconteur girls had an incredible time at the event, and are so proud for all the well-deserved accolades for our clients with a total of 7 wins from Black Dog and Believe Media directors, and video commissioner Dilly Gent.

Walking in with a total of 12 personal nominations, the MVPA Awards recognized Floria Sigismondi with the evening’s top honor: DIRECTOR OF THE YEAR! Her lovely music video producer, Black Dog’s Coleen Haynes, accepted the award on Floria’s behalf as she was unable to attend, busy making yet another award-worthy video.  Floria’s other wins include Best Video Produced For Under $25,000 for her Sigur Ros’ “Leaning Towards Solace” and Best Hair for David Bowie’s “The Stars (Are Out Tonight).” Fellow Black Dogger Diane Martel’s snagged the win for Best R&B Video (aka the best video ever banned by Youtube) for Robin Thicke featuring Pharrell and T.I. “Blurred Lines”.

Believe director Anthony Mandler took home wins with Best Colorist for Lana Del Rey’s “National Anthem,” and tied the Best Editing category with two of his own videos, splitting the award between Lana Del Rey’s “Ride” and Justin Bieber’s “As Long As You Love Me.” Fellow Believe director Wendy Morgan was nominated four times, and we had an awesome time getting to know our tablemates – the fanciest of footworkers, Kemo and King Charles – who were nominated for their incredible choreography in Wendy’s C2C video “Happy.”

The MVPA Award celebrations continued with commissioner extraordinaire Dilly Gent winning Best Directorial Debut and Best International Video with directing duo Ian & Cooper with their cinemagraphic video for Joel Compass’ “Back to Me.”

A huge and heartfelt congratulations to all for the nominations and wins, and everyone else we got a chance to see last night. We had so much fun celebrating with you all! 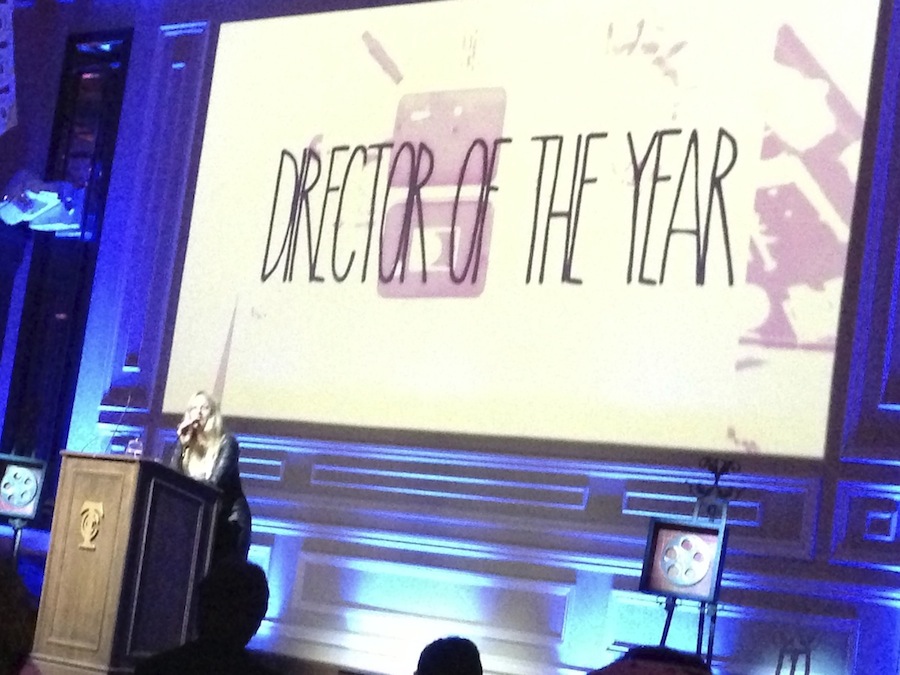